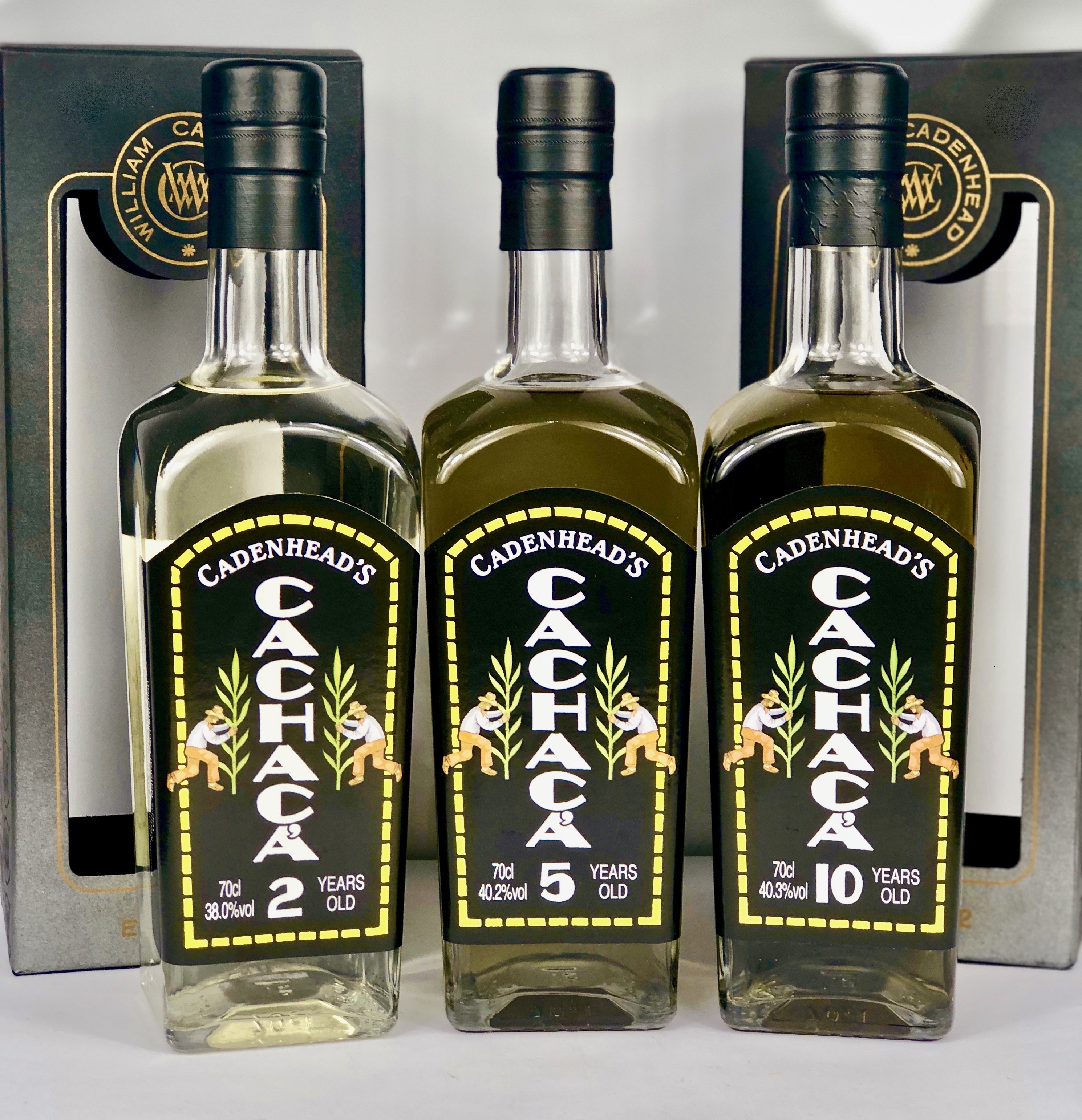 Cachaça is Not Brazilian Rum!

Cachaça (Pronounced Ka-SHA-suh) is often casually referred to as Brazilian rum but this is an oversight and probably a slightly lazy explanation.  It has similarities to rum (particularly Rhum Agricole) but is more of a cousin to rum than a sister product, and it is certainly the older relative, with records of Cachaça production going back to 1532 or 1533 – around 50 years before the first rums were produced in Brazil.  Interestingly, it was not until 1972 that Cachaça was defined by Brazilian law and, obviously, our products are bottled to these regulations.

Just like with all drinks there are Cachaça and then there is Cachaça!  It may come as a surprise to many people that Cachaça is the 3rd biggest selling spirit in the world behind Soju and Vodka. Some 2 billion litres of Cachaça are being produced in Brazil ever year with around 4000 official producers in Brazil. However, it is still often unofficially produced, with it being estimated that there are over 40,000 producers across the country.  That is something which resonates with those of us who love the romance of the illicit Scottish distillery and the stories of whisky smuggling throughout history.

Approximately 95-97% of all Cachaça is consumed in Brazil, so it is only now beginning to get a following out-with Brazil.  The market (like with many spirit types) is dominated by a few large players with 4 producers being responsible for around half of the production volumes.   Just like with the whisky industry, the invention of the Coffey or Column still made a huge difference to the production of Cachaça allowing for much greater volumes to be produced in a much more efficient way and therefore reduce costs (which can be passed on to the consumer).  Remember, without the Column Still in Scotch Whisky (and the subsequent ability to blend single grain and single malt whisky to create blended whisky) the Scotch Whisky industry would be a very different place – and let’s be honest, there are many great blends and grain whiskies available – just look at some of our recent releases from Strathclyde or North British – or our ever popular 12yo Wm Cadenhead Blend.  To my knowledge, however, there is no history of mixing column still Cachaça with that produced in small pot stills.

How is Cachaça Made?

The Cachaça we have purchased is produced by small artisanal producers in Pot stills and therefore this is the style I will focus on – although it does help to highlight the differences between Column still and Pot still Cachaça production.

Sugar is very important when it comes to booze, you always need sugars to convert into alcohol, and when you think of sugar you think of alcohol, you think of rum and now you will think of Cachaça.  For Cachaça it all starts with sugar cane and, in particular, Cachaça is made with sugar cane juice rather than molasses which is a convenient by-product of the sugar making process. For the record, we are big advocates of molasses based Rums – who isn’t?!

To retain the freshest flavours in your spirit you must process the sugar cane as soon as possible after harvest, this is why most small producer’s distilleries are located right next to their sugar cane plantation so that the cane can be processed within 24 hours of harvest.  For the smaller producers the sugar cane is still mainly harvested by hand, this is important as it allows the cane to be cut as close to the ground a possible where the sugar concentration in the cane is at its highest, whereas machine harvesting is obviously faster but the canes are generally cut further up the plant.  Each plant can be harvested between four to six times to be used for Cachaça and, after this, the plants need to be replanted and this still is normally done manually. Just imagine if you could harvest the same barley plant six times!

Once sugarcane is harvested it starts to dry out quickly, therefore it is essential to press it as soon as possible after the cane is transferred to the mill. Traditionally the cane is milled by two rollers; the first one crushes and bruises the cane making it easier for the second one to extract all of the cane juice. In small scale producers this is still done manually or by a water powered mill.

Once squeezed the juice is known as Garapa – this is then filtered to remove any solid particles and at this point contains around 20-24 grams of sugar per 100 grams of Garapa but this is reduced to around 16 to 18 grams with the addition of water.

As with Whisky, fermentation should not be overlooked, it is such an important part in the production of the final flavour of the spirit.  I would like to take a moment to focus on this as distilling concentrates the flavours produced in fermentation – but everyone likes looking at shiny stills!

With industrial Cachaça some producers will pasteurise the Garapa at this stage in order to have a fully controlled fermentation to remove any micro-organisms that may affect the process.  At this time cultured yeasts will be added with each producer having their own prefered strain depending on their requirements. Fermentation here is very short, 8 to 12 hours, and with industrial producers additives, such as ammonium sulfate, can be added to prevent the creation of volatile acids which may spoil the spirit.

For the Cachaça that we are bottling the fermentation is done in what is known as “the Caipira way” – the country way.  Occasionally, the fermenting tank will will have cornflower, rice flower, oranges or limes added to the Garapa to help add extra yeast, that mixes with the local wild yeasts, to create fermentation.  Many times however, the wild yeasts present in the atmosphere are enough for fermentation to occur. Therefore the use of wild yeasts (much like in beer) means the locality of the distillery and the near-by flora and fauna will influence the outcome of fermentation. Some distilleries will retain some of this yeast + Garapa mix to add to the next fermentation – a bit like sour mash bourbon or the wonderful dunder used in many rums.

The fermentation taking place often in “rooms” (with only a roof) and the local wild yeasts will play a major difference in the fermentation process.  This is where it is also important to think of how big Brazil is. In Scotch whisky we often talk about regions (Campbeltown and Speyside being the two most important ones!) and there are slight differences in climate in Scotland, for example I now have palm trees in my garden in Campbeltown whereas that was never going to happen in my Dufftown garden.  Now, imagine the differences over a country the size of Brazil, whether it be the cooler climate of the southern mountains or the hot areas at the equator or the wet environs of the Amazon, there truly is a huge spectrum of conditions. Fermentation in the Caipira way will last between 12 to 24 hours and at this time the Vinho (wine) is around 7 to 9% ABV.

Distillation is done in either Column stills or very small copper Pot stills usually with a capacity in the range of 500 to 1000 litres. Compare that, for example, with Springbank Distillery here in Campbeltown that has a wash still charge of 18,000 litres and, say, Glenfarclas and their 23,000 litres, it shows how small scale production really is.

Most Cachaça is only distilled once, although some are double distilled and even triple distilled as is the case with our Prata Alambique Magnifica 2yo.

Between 60-80% of the spirit run is collected for bottling/maturation with the heads and tails being being added to the next distillation.

Maturation is where things can differ considerably from whisky.  A lot of Cachaça

is bottled un-aged and tends to give you more of a grassy, vegetal and herbal flavour where as aged Cachaca adds more spices and often has fruitier notes.

Legally, Cachaça must be bottled between 38% and 48% and for this reason, prior to maturation, the alcohol level is normally reduced to around 50% ABV.  When it comes to maturation this is where the fun begins – although Oak casks are used, such as with our 5 and 10yo from Sapucaia distillery which were matured in American oak ex bourbon barrels, other types of wood can be used.

Different woods will give different flavours and a whole host of woods are allowed to be used such as Jequitiba, Amendoím, Umburana, Grápia and Ipê wood. We chose a Cachaça from Ipê wood as it softens the spirit and enhances the vegetal character with lots of green bananas becoming immediately apparent.

Another difference is that maturation is not confined to small casks, depending on the classification of the Cachaça other sizes are allowed to be used.  Often vats of 10,000 to 30,000 litres are used for maturing Cachaça – sometimes even larger. Our Prata Alambique Magnifica comes from a 50,000 litre vat made from Ipê wood.  The largest maturation vat is at Ypioca distillery and can hold 374,000 litres!

One other difference is, legally, if a Cachaça has an age statement then only 50% of the mix must be that age and the rest can be younger or even unaged spirit. However for our 10 year old at least 65% of the mix was over 10 years old. Imagine if Scotch Whisky allowed these sort of rules.  I have no problem with this – and we are being very open about it.

How Should you drink Cachaça?

As with any drink the answer to the above question is the same – anyway you like!  You have probably heard of the Caipirinha (probably the most famous Cachaça cocktail) and I imagine a fair few of you reading this will have drank it many times next to the pool without giving it another thought – when made well it is excellent.

Muddle a handful of Lime wedges in a rocks glass with a muddler, add 50ml of Caçhaca and 12.5ml of simple syrup and then top up the glass with crushed ice – sit back and enjoy.

As much as this is enjoyable,  I have to admit I am more likely to pour a healthy measure into a nosing glass and just sip away as I enjoy the spirit character and imagine being in the heat of Brazil…  As the ABV is low and (probably) most of you, like me, are used to drinking cask strength whisky, I don’t feel any need to add any water or ice to good quality Cachaça but if you wish to do so that is entirely up to you!

We will look at some other cocktails in future blogs but for now I am off to pour myself another measure!

Credit for a lot (okay, most of this information) comes from Stijn Hiers and his excellent book which unfortunately is only available in Dutch – so far.

6 thoughts on “Cachaça is Not Brazilian Rum!”